With two weeks remaining before Demo Day 2017, members of the second cohort in the New Ventures Challenge and Accelerator in Winston-Salem are finalizing their products and beginning to attract clients.

On Sept. 8 the four idea-stage startups will pitch their software solutions to a room of 200 potential investors willing to help them scale. The event begins at 2 p.m. at Wake Forest Biotech Place in downtown Winston-Salem.

The New Ventures Challenge and Accelerator sprang from the momentum Flywheel co-founder Peter Marsh witnessed after launching the co-working space in the Wake Forest Innovation Quarter. In late 2015 he teamed with Joel Bennett in an effort to grow the Triad’s entrepreneurial ecosystem.

The initiative is a three-part system designed to build companies in the Triad that can improve the area’s economy by creating rapid returns on investment. It’s powered by a fund that attracted 34 investors this year.

“They are wealth creators, people that are active with creating new wealth in the community in their own right as entrepreneurs,” Marsh said. “They’ve come together with a mission of helping companies get started with the resources that we are applying and then connecting them to the later stage capital investments they will need to grow and scale.”

“The quality of the applications was far superior to 2016 so we are seeing growth both in the quality and quantity of folks that are interested in inception stage funding and this kind of development,” Marsh said.

The investors selected five companies to participate in this year’s accelerator program.

“We’re focused on companies that can scale rapidly to over $50 million in revenue. That’s our goal,” Marsh said.

Bennett manages the accelerator program and pushes company founders through an intense discovery process using lean start up methods. Once a minimum viable product is identified, cohort members search for customer validation and make sure their company offers a solution the marketplace is looking for.

After refining their product to the actual marketplace the entrepreneurs spend the month leading up to Demo Day 2017 gaining market traction in terms of paying customers and repeatable revenue.

“The key piece of the Demo Day event is the New Ventures Accelerator companies for the first time presenting to the larger community about their company, about the traction they have achieved and where they are headed in terms of scaling the company to a larger enterprise,” Marsh said.

Demo Day 2017 has multiple expanded components compared to last year. The event takes place in the atrium of Biotech Place, which Marsh said has significant space and a large-scale hi-definition display.

“Given the size of the facility, we’ve opened up Demo Day to all of the Triad startup community to have the opportunity to display at a demo table,” Marsh said. “We’ve taken what was essentially a demo day focused solely on the New Ventures program and opened it up to the entire Triad community.”

“We’ve tried to assemble all of the active accelerator programs in the region and the key early stage investment programs to all be represented at this event and to have time to present their programs,” Marsh said.

Marsh and Bennett said their first cohort companies that participated in last year’s event had raised almost $2 million combined in follow on financing.

“You can call out the differences, but it’s simply that the cohort is going to be different every year,” Marsh said. “They will have in common a strong tech bent, software or device. This year they are all software startups. Last year we had an IOT startup and a hardware ecosystem startup in the form of Petrix.

“We had more of an equal mix of device and software and this year it is all software. That’s simply because that’s what came through the pipeline. That’s what the investors felt were the best companies in terms of the cofounder team, the idea itself and the unique value thesis behind the company.”

Bennett noted that half of last year’s cohort consisted of existing companies. This year they are all brand new inception stage companies.

New Ventures investors selected five companies for the 2017 accelerator program but only four will pitch at Demo Day. It was decided to delay launch of the fifth company in order to take advantage of timing in the marketplace, Bennett said.

Nate Peaty and Adam Orsborn both have deep backgrounds in the hospital pharmacy industry, which is why they believe Arxchitect can deliver millions in cost savings within often Byzantine healthcare operations. The software is designed to integrate various streams of data, giving decision makers a unified control panel.

Peaty likens it to the cockpit controls of a jet pilot.

“What if the pilot had a separate login and password that controlled every major system on an airplane? Maybe we wouldn’t feel like flying is very safe or pleasurable,” Peaty said. “Every major industry that uses a lot of automation has developed this coordinated infrastructure, just like the cockpit of an airplane.”

Except the health care industry.

That’s where the co-founders of Arxchitect believe they can deliver value within a $700 billion segment of the health care marketplace. Peaty said the team has identified $21 billion in spending that stems from 3.4 million data errors affecting 10 percent of those receiving hospital care.

Peaty believes Arxchitect will unify data that is trapped behind what he calls “anemic vendor reporting systems” and free decision makers by giving them actionable data.

The accelerator process has helped his team focus on delivering about $1 million in immediate operating expense and inventory improvements by focusing on procurement processes, automated dispensing cabinets and narcotic monitoring systems.

With a prototype system in place, the team is looking for seed capital in the $750,000 range in order to develop an enterprise solution that could be applicable in 5,500 hospitals across the nation.

Physician Jay Requarth has 30 years of experience in caring for people but in that time he said he’s learned very little about the after-death care process. That’s changed now as Requarth has analyzed the $21 billion funeral services market and developed the idea behind Funeral Insider.

Requarth describes his software as being similar to the Lending Tree model. His plan is to integrate data from thousands of funeral homes and cemeteries across the nation to deliver information and savings to consumers. A price list from 11,000 funeral homes serves as the core of his value proposition.

“Somebody is going to disrupt that market to benefit people and Funeral Insider is that disruptor,” Requarth said.

Funeral Insider will put out work to different funeral homes and hopefully reduce prices and allow families to choose a funeral home based on price, reviews, location and services. For a small fee, Funeral Insider expects to deliver 40-60 percent cost saving to consumers.

Requarth said that a mobile design in nearing completion and that the company will offer three levels of services, ranging from a quote for local funeral services to negotiating final price. A top level plan will secure all funeral services for a consumer within their stated budget.

Requarth is also looking at ways to provide value to consumers in distant future need planning, which includes funeral services, last will and advance directives, medical power of attorney and insurance options.

Funeral Insider will also look to deliver ways for local funeral homes to compete with corporate entities in order to win more business. Within the top 35 metro areas in the United States, Requarth believes he can generate some $20 million in revenue with just 5 percent of the market, saving consumers up to $160 million annual. 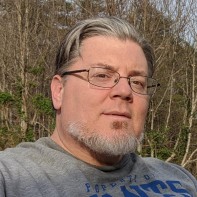 Another Form of Prayer